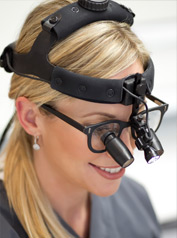 Dr Albert is also part of Youth of Malawi, a humanitarian aid group aiming to provide support to 600 orphans.

She is on staff at McGill University teaching prosthodontics to the general practice residents since 2012.

Dr Albert was the first woman to be named president of the Association of Prosthodontists of Canada from 2008-2010.